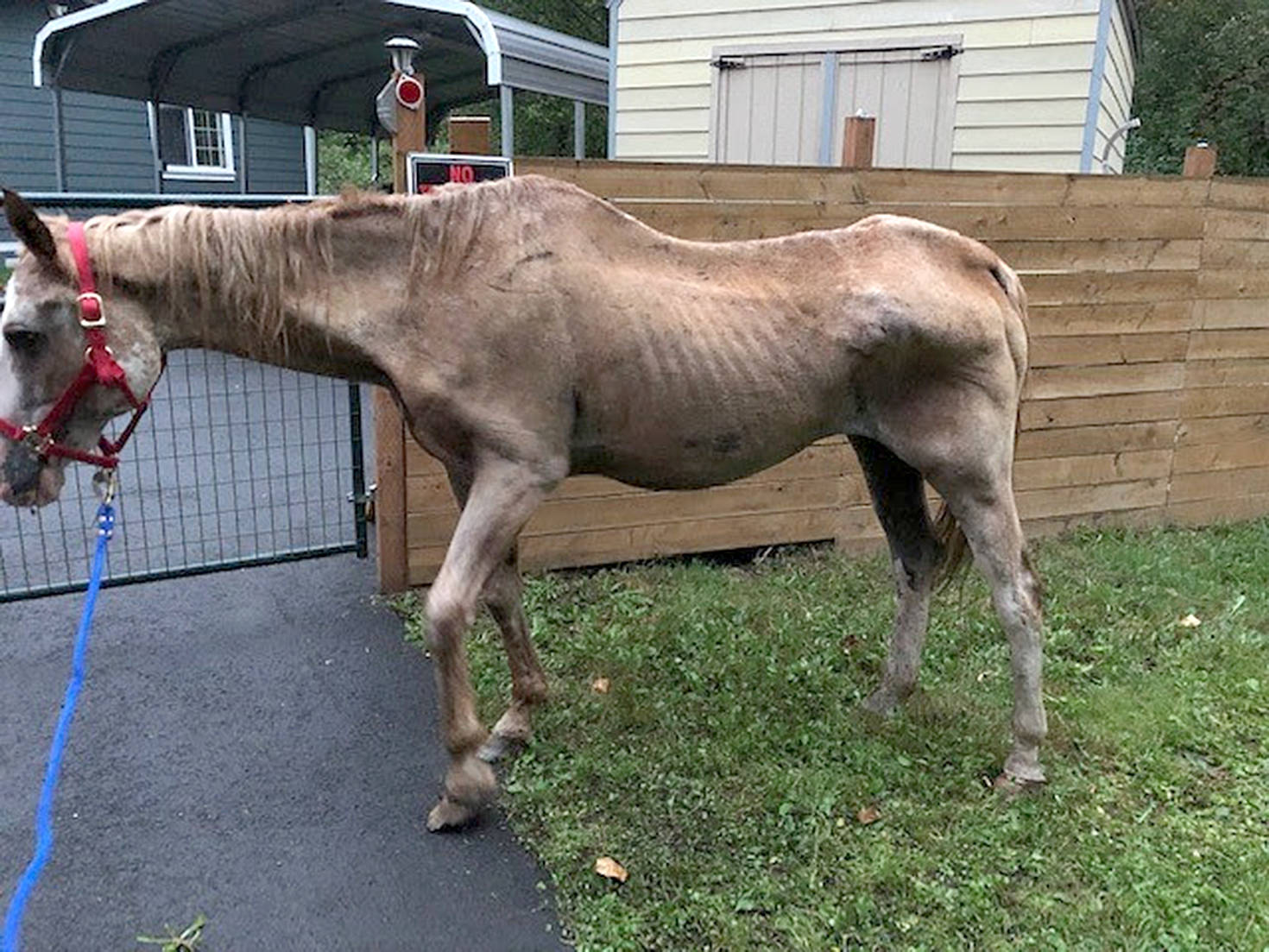 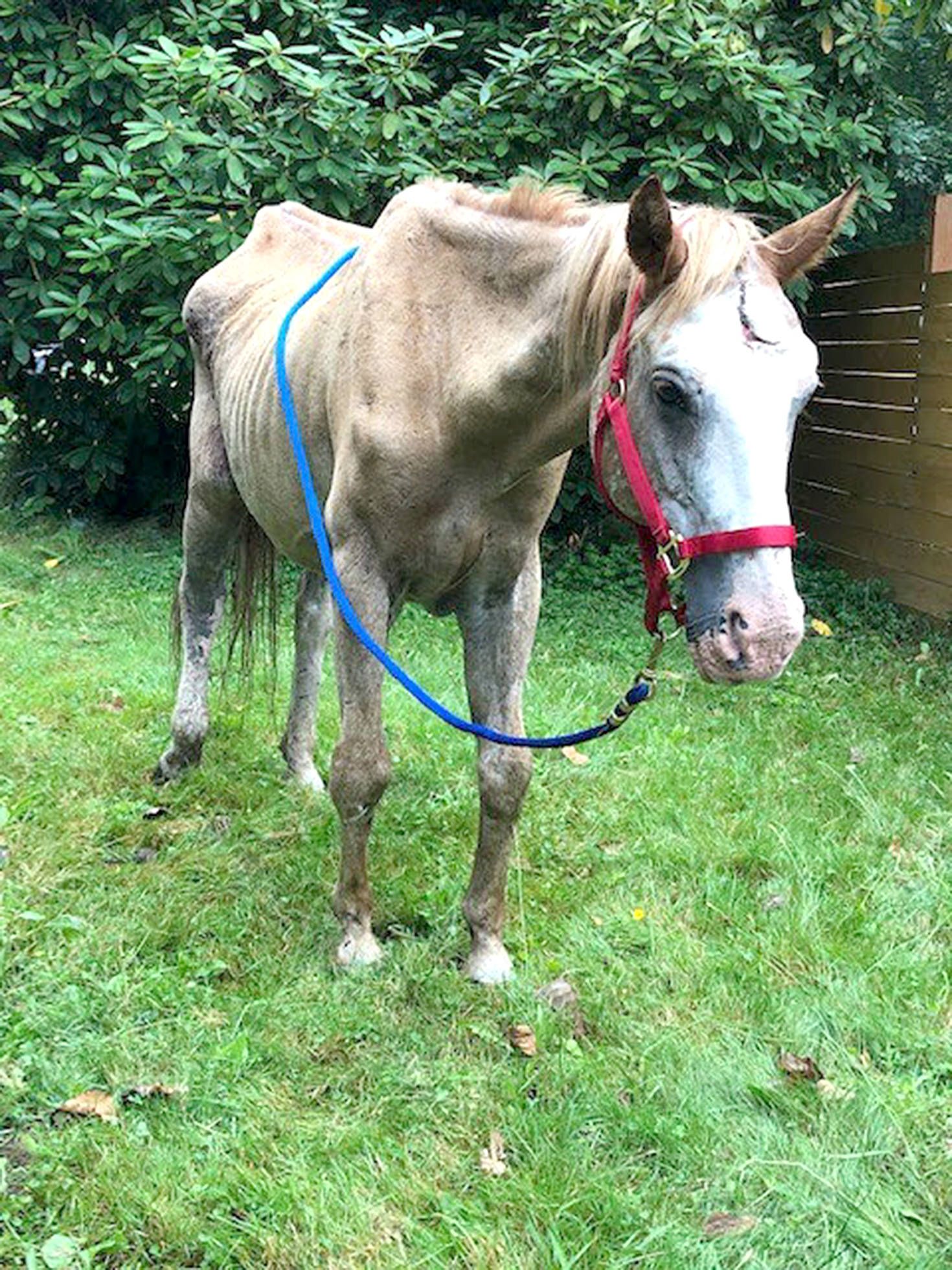 Unfortunately we can not say that this was positive story with outcome we all . It was to late for this majestic creature. That’s why it is so important to talk about this, not letting go and insisting on justice.

An old, starved horse was found slowly wandering near Maple Valley and now King County is trying to find its owners.

A press release sent by the Regional Animal Services of King County (RASKC) said the horse was found Friday morning, Aug. 30. The 20-year-old gelding was found by Maple Valley residents near Cedar River Elementary School at the 22400 block of Sweeney Road Southeast.

“It was in poor condition and had apparently been starved,” the RASKC release stated. “Animal control officers were able to safely impound the horse and take it to an equine veterinarian for evaluation and treatment.”

The horse died on Monday, Aug. 2, despite the veterinarian’s best efforts. The animal will be subject to a necropsy to determine the exact cause of death.

RASKC is asking residents to give more information about the animal’s owner, the horse’s identity or if there were any witnesses in the area Thursday night, Aug. 29, or Friday morning, Aug. 30. The horse had distinctive marking on the head and body, which could aid in the investigation into the horse’s identity.

One thought on “CRIME AGAINST ANIMALS. 20 years old horse who starved to death.”

It is hard to be separated from ZOOFASA, we know. In order to be updated with newest information and stories which ZOOFASA approved - subscribe to newsletter. Stay tuned. Think like ZOOFASA.